About Us
Galerija Miroslav Kraljevic (G-MK) is an independent and non-profit contemporary art platform and gallery, dedicated to artistic and intellectual practices that question various phenomena of contemporary culture and society, especially those looking into the relation between politics and aesthetics.

History
Galerija Miroslav Kraljevic was initiated and founded in 1986 by a group of independent curators, artists, critics and art enthusiasts as an independent and non-for-profit institution in the framework of the Citizens Association of the Arts Club of the workers of INA. The Gallery was named after Miroslav Kraljević, Croatian artist from the beginning of the 20th century.

Under the guidance of Branko Franceschi G-MK organized more then 300 exhibitions, performances, happenings, lectures and presentations of local and international artists and became one of the most important exhibition spaces in Croatia and the region.

In 2005 Antonia Majaca was appointed the new artistic director. With the new team, and in close collaboration with Ivana Bago, she reoriented the programming towards long-term involvement with a series of thematic clusters, primarily gathered around issues pertaining to political, cultural, and aesthetic memory, including the history of the gallery itself and its link to the legacy of socialist self-management. Artists whose works were commissioned and presented in the exhibitions included Sanja Ivekovic, Omer Fast, Asier Mendizabal, Ahmet Ogut, Mladen Stilinovic, Igor Grubic, Patricia Esquivias, Nicoline van Harskamp, The Monument Group and numerous others. From 2009, the program of the gallery developed in intersection with the discursive, exhibition and publishing projects of Delve | Institute for Duration, Location and Variables (www.delve.hr)

The gallery’s program is supported by the Zagreb City Office for Culture, Croatian Ministry of Culture and Ina Company, as well as local diplomatic representatives, local and international cultural centers and foundations. 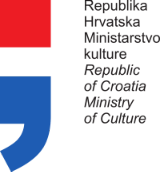 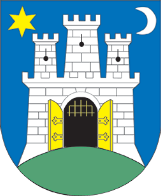