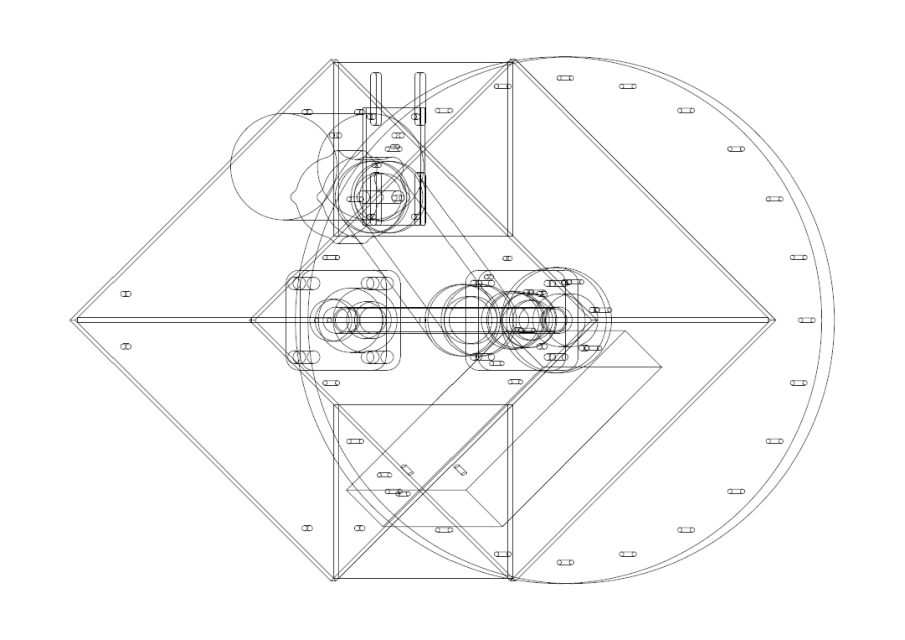 Rotoprojektor is a research dealing with transformation of a film projection into physical space, using mechanical means and physiological phenomena of afterimage and persistence of vision. In a way, it is an attempt to transform the planar space of movie screen into an endless cylinder of Grimoin-Sanson’s Cinéorama by mechanical rotation.

During the open studio, Hrvoje Spudić will explore a set of parameters and combinations of a rotating moving image. By establishing a relation between the length of film sequence and rotation speed, the points of film sequence can be connected with points in real space.

BIO
Hrvoje Spudić (1987) is an explorer of media techniques and technology. In his artistic practice he is dealing with sound, light, image, mechanics and print, researching them from their smallest units. His work was presented on platforms such as Sound art inkubator, MMSU Rijeka, GMK, Mjestimice svjetlo, Device_art 4.013, galerija Nano and others. He graduated from Zagreb Architecture school in 2015., where he now works as the assistant at the Department for drawing and plastic design. He is a longtime associate of Klubvizija film lab and 25fps film festival, for whom he held a series of workshops and analog film projections.