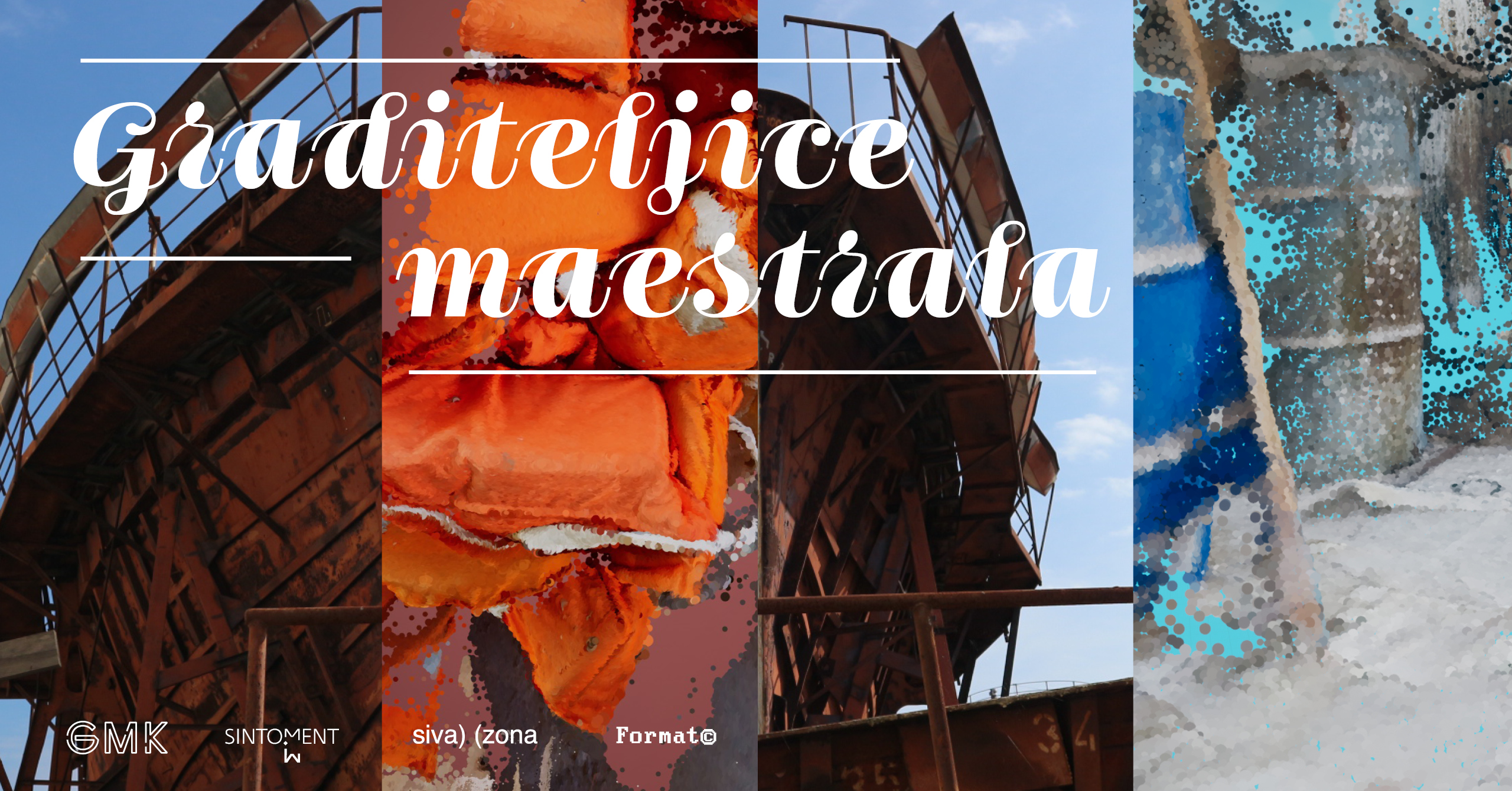 Events Online Project
Within the project Industrial Heritage of Korcula island on the 10th of December 2020 at 6 pm there will be an online presentation of the project of the Shipbuilders of Mistral by Dijana Protić. The project is realized in partnership between Miroslav Kraljević Gallery, grey) (area, Format C and Sintoment. The project will be exhibited in 2021 as a VR installation / exhibition at GMK and as part of the Gray Area exhibition program.
The project Industrial Heritage of Korčula island was officially launched in 2014 within the Gray Zone Association in Korčula. The project is conceived as an inclusive collaborative platform, a
multi-year scientific and artistic research that combines an interdisciplinary cultural anthropological, ethnographic, artistic and curatorial approach, including dialogue and cooperation with the local community, institutions, associations and initiatives. The project is primarily focused on the area of ​​Vela Luka, where we tackled two spots (the Jadranka fish processing and canning factory and the tin packaging factory 8. Mart) through several texts and artistic work by Božena Končić Badurina.
For the past three years, emphasis has been placed on the third important case study – the Greben shipyard. Dijana Protićs artistic research began in 2017 with a focus on women’s perspectives and work experience in Greben, and the backbone of the research was set by the stories of women former Greben workers. Although the initial idea was to turn the research into a film, the medium of the VR installation soon proved to be an important new element for deepening the theme and possible interpretation of the shipyard silenced female history.
In collaboration with Marta Stražičić and Manja Ristić, the project gained a new visual and acoustic dimension that reflects new forms of presentation of industrial heritage and specific female
memory crucial for (re) writing official and unofficial local history. A female voice guides us through the exploration of the abstracted space of Greben. Her memory intertwines several life and professional stories of narrators / former female workers in Greben, with a special emphasis on work in the so-called plastics, a key areas in which women were mostly employed. Project raises awareness of the extremely health-vulnerable and unprotected position that women were in. At the same time, we learn about the micro experiences of emancipation and financial independence that women gained while working in Greben. In addition, it alludes to the relevance of the women’s collective, both in joint women’s work and the interpersonal support that such a community creates. (Lea Vene)
Access the project presentation via this link: https://talk.formatc.hr/
_
Partneri projekta / Project partners: Udruga Siva zona – prostor suvremene i medijske umjetnosti, Sintoment- udruga za multimedijalnu umjetnost i afirmaciju kulture, Format C
Tehnička podrška / Technical support: Vedran Gligo, Format C
Voditeljice projekta Industrijska baština otoka Korčule / Industrial heritage of Korčula Island project leaders: Marija Borovičkić i Lea Vene
Kustosica / Curator: Lea Vene
Art direkcija, modeliranje i VR tehničar / Art director, modeler and VR technician: Marta Stražičić
Kompozicija zvuka / Sound composition: Manja Ristić
Glas naracije / Narration voice: Marija Borovičkić
Dizajn / Design: Andrija Mudnić
Projekt podržavaju / Project supported by: Grad Zagreb, Ministarstvo kulture Republike Hrvatske,
Dubrovačko neretvanska županija