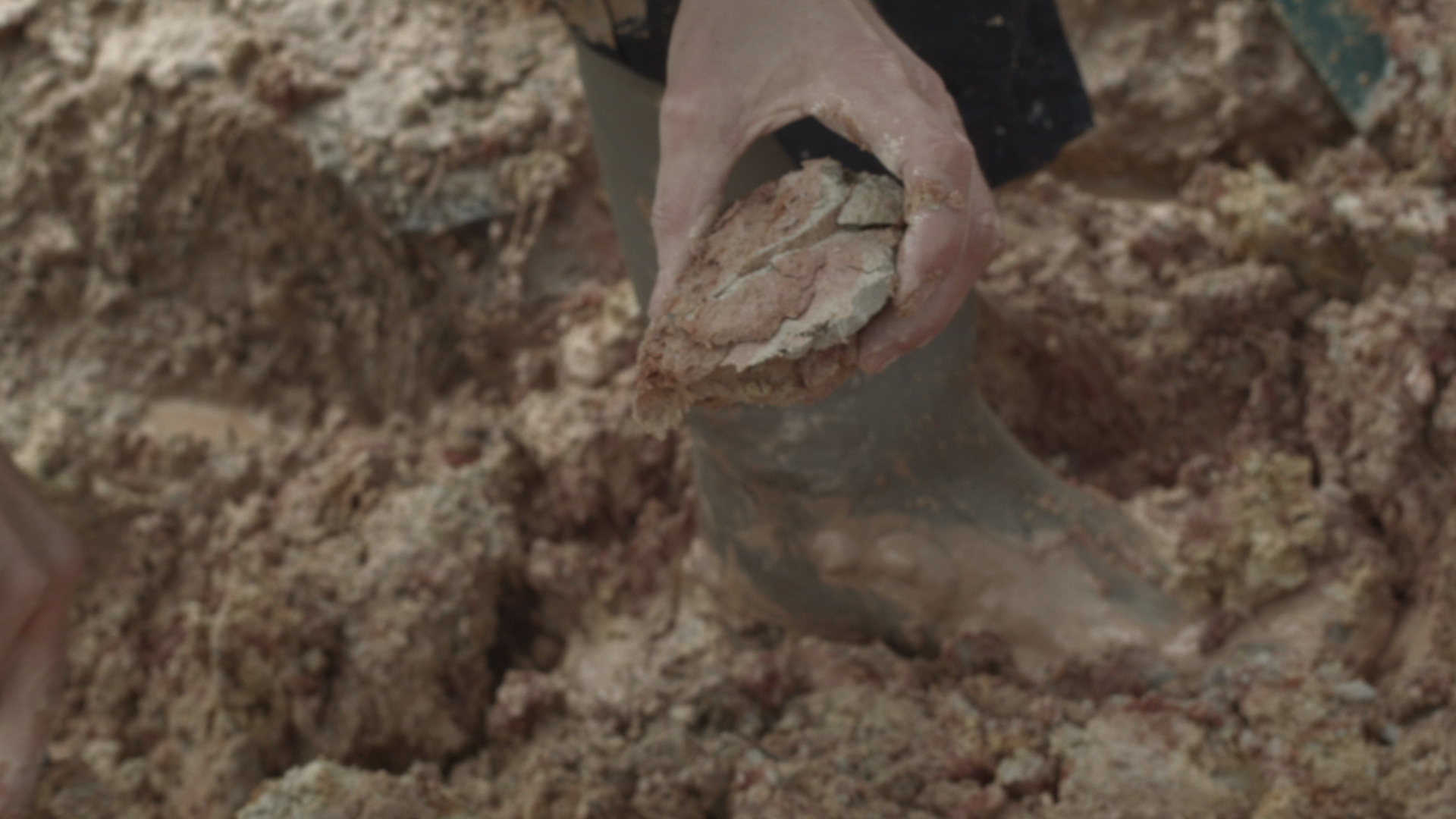 This year’s last Open Studio will host visual artist Nika Pećarina. Since the Gallery is temporarily closed, the program will be held in the Showroom of the Nova Gallery at Tesla Street 7.

“As part of the Open Studio I will continue (bringing an end to) the research work focused on thinking clay, that seeks to cover the issues of materiality; sonority; thingness; potentiality, as well as other properties that flirt with ontology, test the character and the narrative of material nature or expound the forms of presence. I nominally conduct this research by using the medium of expanded cinema, hoping at the same time, inspired by the form of the didactic poem, to dedicate myself in space to the tiny aesthetic inquiries and exercises, creating potentially a vocabulary of the ceramic form.” ~ Nika Pećarina

Nika Pećarina (b. 1992) lives, works, and learns in Zagreb. He completed his graduate studies in New Media at the Academy of Fine Arts in Zagreb. He pursues audiovisual and performance art, ceramics, poetry, dogs, and the yearning towards the subjective good that is in a reciprocal relation to the practices of imagining and the specificities of creative interests. He pays attention to sexuality, thingness, and the conversion of matter, that is, the relationship between labor and nature, the distinctiveness of media and their effects, the measure, shape and the visible, tenderness and the small.

You can visit the Open Studio on the following days:

The premises of GMK (Šubićeva 29) are temporarily closed due to construction works. We would like to thank the collective WHW for their support and for lending us the Showroom for the Open Studio program.

The work of GMK is supported by the Foundation “Kultura nova” and INA d.d.

The Open Studio program is supported by the Ministry of Culture and Media and the Zagreb City Office for Culture.