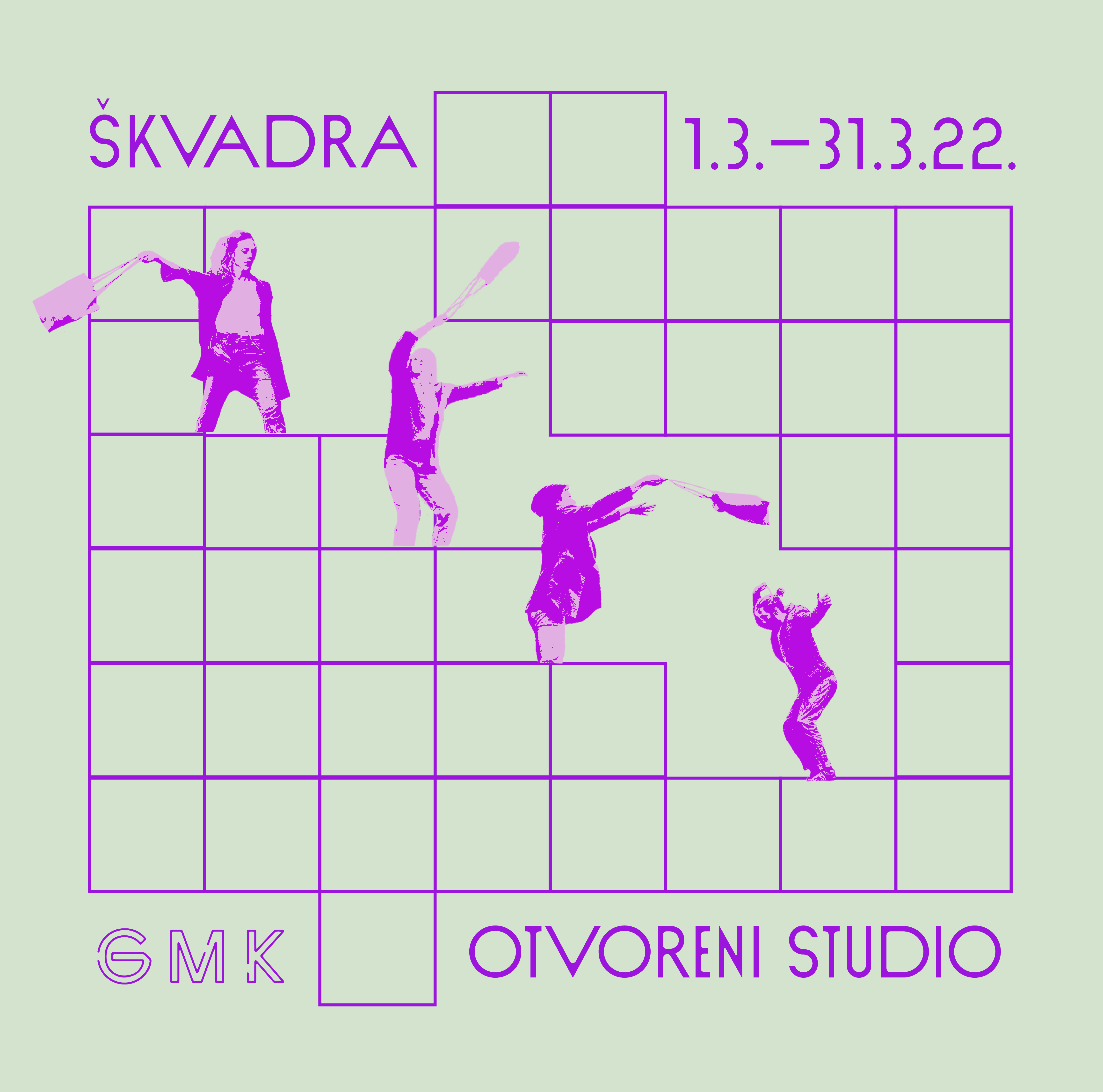 During March 2022, Škvadra will enter the space of GMK with the intention of filling the Gallery space by researching the particularities of dance that are currently occupying the attention of this group of dancers. Three dance artists from Škvadra will offer research and authorial practices as a basis for creating potential responses to some of the questions that make this group of dancers unusually dynamic and homogeneous, and which both distance and distinguish them from each other. Dance artists Ema Kani, Una Štalcar-Furač and Marta Habulin will lead one-week workshops dealing with different artistic processes and research tools, guided by the same question: How do I create dance?

The art organization Škvadra was founded in 2018 in Zagreb. Škvadra is a group of 9 young professional dance artists, born out of the need to create their own opportunities, collaborations, and projects. One of Škvadra’s main interests is to collaborate with other dancers, but also artists who work in other media. Driven by the need to change and refresh the art of dance in Croatia, they also want to use their work to familiarize audience with the theater and dance and make them accessible, new, and challenging. Therefore, Škvadra’s interest is focused not only on performing in theater spaces, but also on researching alternative spaces of performance, site-specific performances, different ways of advertising and promoting the art of dance.