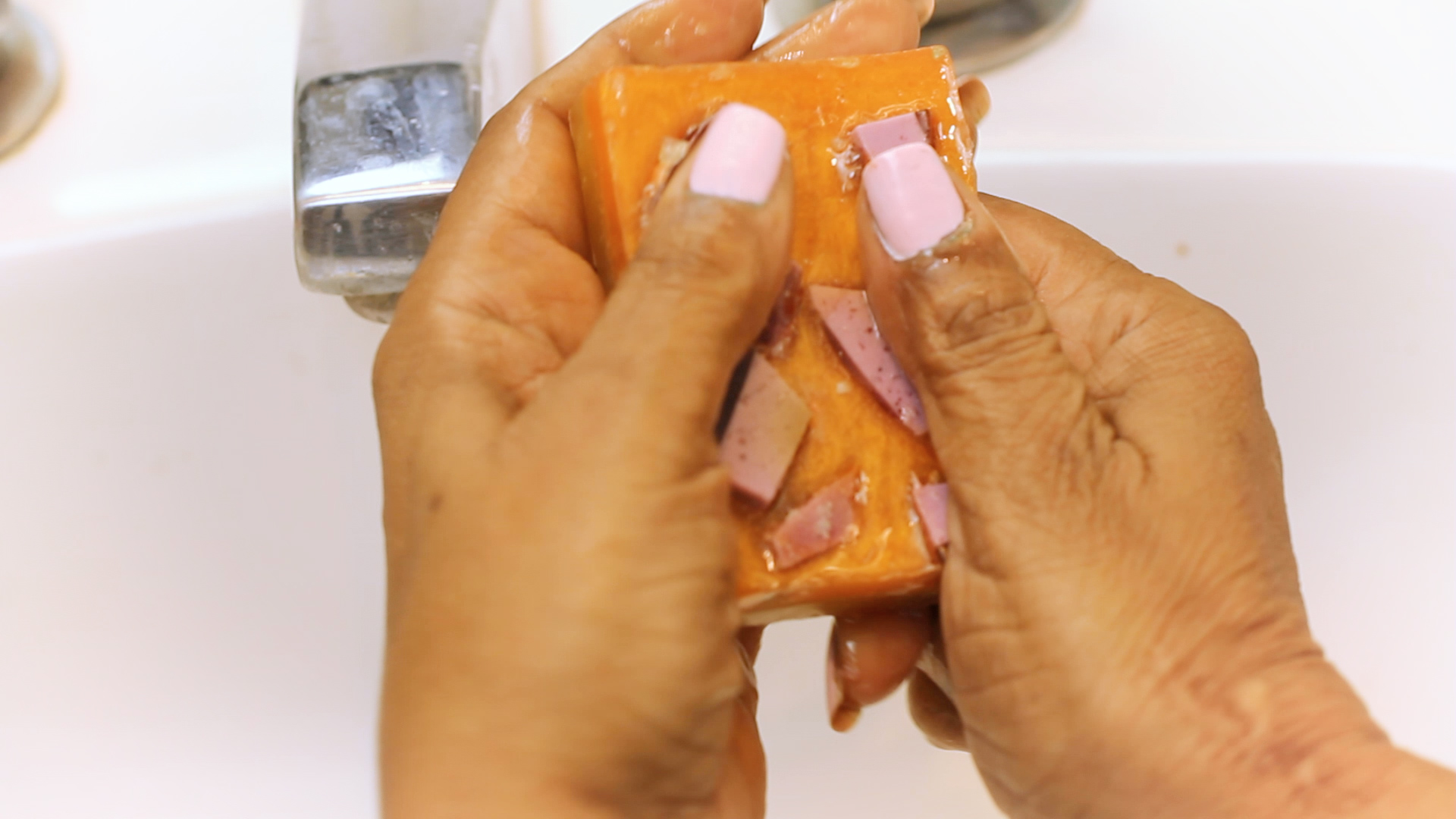 The exhibition “Sly Fictions” includes the works of three artists – Farah Al Qasimi, Ilana Harris-Babou and Stefanie Moshammer – who are reclaiming the commodified modes of representation in order to critique the paradoxes of contemporary life. Through popular formats such as a beauty vlog or a reality show, the artists approach commonplace trends that we generally tend to consume uncritically – fast fashion, cosmetic novelties, healthy diet or spiritualism. Aware of the limitations to individual resistance and to the capacity of art to critique mass production and excessive, passive consumption, the artists turn to humor, the grotesque and the absurd. The presented works thus function as visual parodies of consumer culture.

In her artistic practice, Illana Harris-Babou tackles the lifestyle trends that are commonly associated with privileged demographic groups of consumers. Her work “Decision Fatigue” focuses on the wellness industry. The central point of the work is a video in which the artist’s mother parodies beauty vloggers by presenting the viewers with her bizarre beauty routine, all the while pondering the life decisions she made in order to retain her youthfulness and feel good. The vlogger’s absurd advice – a homemade face mask made of snacks or the instruction to take vitamins with Pepsi – are intended for even more absurd activities, such as the consumption of a TV dinner. By parodying popular phrases such as the “healthy diet” or “minimalist lifestyle”, Harris-Babou critiques the world in which structural failures are often presented as personal choices.

The video is accompanied by a spatial installation mimicking a perfume store with a peculiar selection of items, among others, a wax face roller, cheetos serum and borax healing crystals. The exhibited objects are evidently unusable but they are presented as luxurious commodities. Therefore, they do not function as objects of desire but rather as a grotesque manifestation of luxury. By emphasizing the absurdity of the beauty standards unattainable by many due to a lack of time and resources, in her work Harris-Babou criticizes the contemporary beauty industry in a humorous and accessible manner.

Illana Harris-Babou is an interdisciplinary artist who works in sculpture, installation and video. Her work focuses on the critique and research of consumer culture. She has exhibited throughout the US and Europe, with solo exhibitions at The Museum of Arts & Design and HESSE FLATOW, Abrons Art Center, the Jewish Museum, SculptureCenter, the Studio Museum in Harlem, the De Young Museum, Whitney Museum etc. Harris-Babou has been reviewed in the New Yorker, Artforum, and Art in America, among others. She holds an MFA in Visual Art from Columbia University, and a BA in Art from Yale University.

The film “Um Al Nar” is a horror comedy in which the artist Farah Al Qasimi, through a fictional reality show, shows and exposes the contradictions of modern everyday life in the United Arab Emirates. Equally burdened by local tradition, affective remnants of the colonial past and imported Western consumerism, the cultural image of the region is presented from the perspective of the misunderstood jinn Um Al Nar, a supernatural being who has haunted the area of Ras al-Khaimah for centuries. Contrary to the typical representation of jinns as sinister creatures, Um Al Nar is wrapped in colorful fabrics with floral patterns and freely confesses her frustrations to the camera. On the one hand, she mocks stubborn traditional views and perceptions, and on the other, she complains of fatigue arising from desperate attempts to preserve visibility in a society that is increasingly losing interest in traditional forms of spirituality and neglects local history due to market emphasis on novelties.

Taking over and parodying popular film and television genres, the artist Farah Al Quasimi manages to criticize, but at the same time glorify the culture she is talking about – to create a space for the unseen, the misunderstood and the absurd.

Stefanie Moshammer: We love our customers

The We love our customers project is aimed at critically questioning the fashion industry and the so-called fast fashion, as well as the effect of such production and consumption on our everyday life. Stefanie Moshammer perceives garments as social objects that can convey different social and cultural meanings. Likewise, garments record bodily experiences and layers of memories that have accumulated in them over the years of wearing. The project was launched in 2017, and the artist upgrades her research locally with each new exhibition. GMK will exhibit an installation designed using second-hand clothes provided by the social cooperative Humana Nova Zagreb. The installation is accompanied by a series of photographs representing objects inspired by the second-hand market in New York. The photographs and installations simulate an aestheticized fashion image in a humorous way, acting like a fashion editorial that does not sell clothing items but speculates about the potential new life of discarded textiles.

Stefanie Moshammer (b. 1988, Vienna) is a visual artist whose practice blends photography, video, collage and installation. She is the author of “Vegas and She” (Fotohof edition, 2014), “Land of Black Milk” (Skinnerboox, 2017) and “Not just your face honey” (Spector Books & C/O Berlin, 2018).

***
The program is supported by:
Ministry of Culture of the Republic of Croatia and City of Zagreb – City Office for Culture