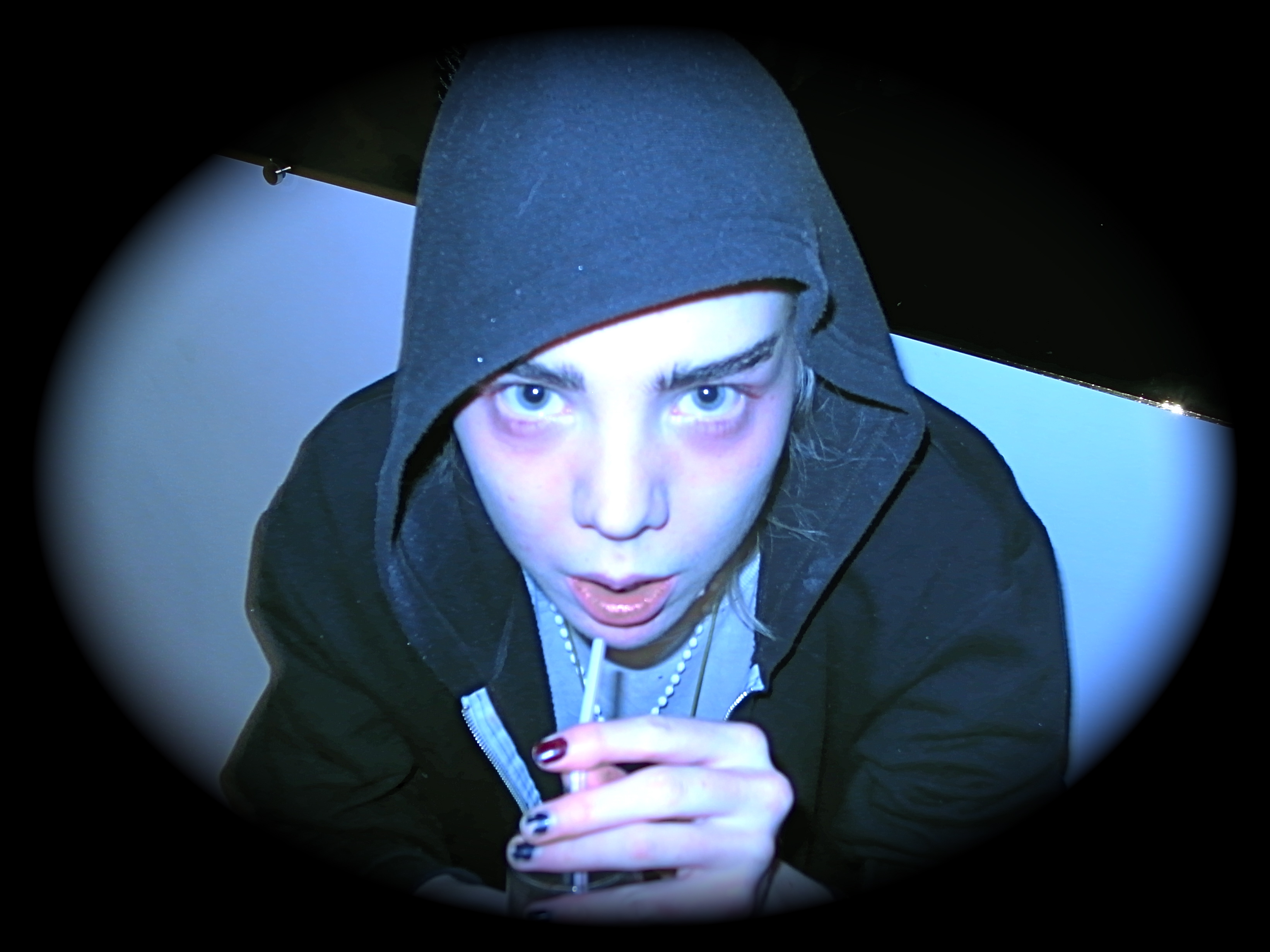 Since his adolescence, Thomas Cap De Ville has collected photographs, drawings and various objects which he has been organising into a series of books called “Psychospores”. They represent his personal, but also a generational archive that spans across several years, while simultaneously avoiding clear indicators of the passing of time or specific time markers. They don’t convey a specific event or narrative, but we can easily understand the sentiment behind them. The codes of the generation of the 90s and early 2000s intertwine with intimate histories which involve emerging stories of friendship, sexuality, and vice. We meet several characters, some more and some less important to Thomas, who were part of the collective resistance to life. The nocturnal wanderings and the sweetness of losing control were the most important markings of his youth. He returns to these times by meticulously arranging, intervening, and manipulating the remains of this past life. The artist becomes a sort of playwright, perhaps even his own therapist, who reinterprets life episodes bound in thick layers of paper and sticky tape. His work is devoid of shame and fake emotions, it maintains honesty and humour in relation to himself and everyone else who was part of the vortex of growing up.

Four books, together with a video piece “Nyctalotopes” will be presented at the Miroslav Kraljević Gallery. In French, the title of this piece means the animal’s ability to see in the dark. The raw materials extracted from the artist’s hard drive are assembled into a single unit of astounding, bittersweet episodes. Among them we find night rituals, aimless wanderings, psychedelic visions, but also animated illustrations that can be interpreted as proto memes. The chaotic montage is accompanied by an equally disturbing low-quality sound component. He uses the same technique in the way he treats video as he does in his approach to books, presenting us with clues and fragments instead of a complete narrative. The work of Thomas Cap De Ville is a simultaneous celebration of a life to which he no longer belongs and his own position in the present. Dedication to life on the edge is accompanied by satisfaction with the fact that, in the end, everything turned out alright.

Biography:
Thomas Cap de Ville (born 1978 in Rochefort, France) lives and works in Paris. He was a child of the nineties and noughties. Thomas’s work draws from inner worlds and collects objects as much as obsessions to pay tribute to adolescence and counterculture like a personal testament to this time. Thomas Cap de Ville started out in fashion and created videos in collaboration with various musicians such as La Chatte. His work was then part of collective projects such as at the Fondation Cartier (Paris, 2011). He inaugurated his first solo shows at Goswell Road in 2017 and 2019. In 2020 he’s invited in residence at Confort Moderne (Poitiers) where he presents his first institutional exhibition curated by Yann Chevalier.

The program is supported by: Ministry of Culture of the Republic of Croatia, City of Zagreb – City Office for Culture, Zagreb Tourist Board