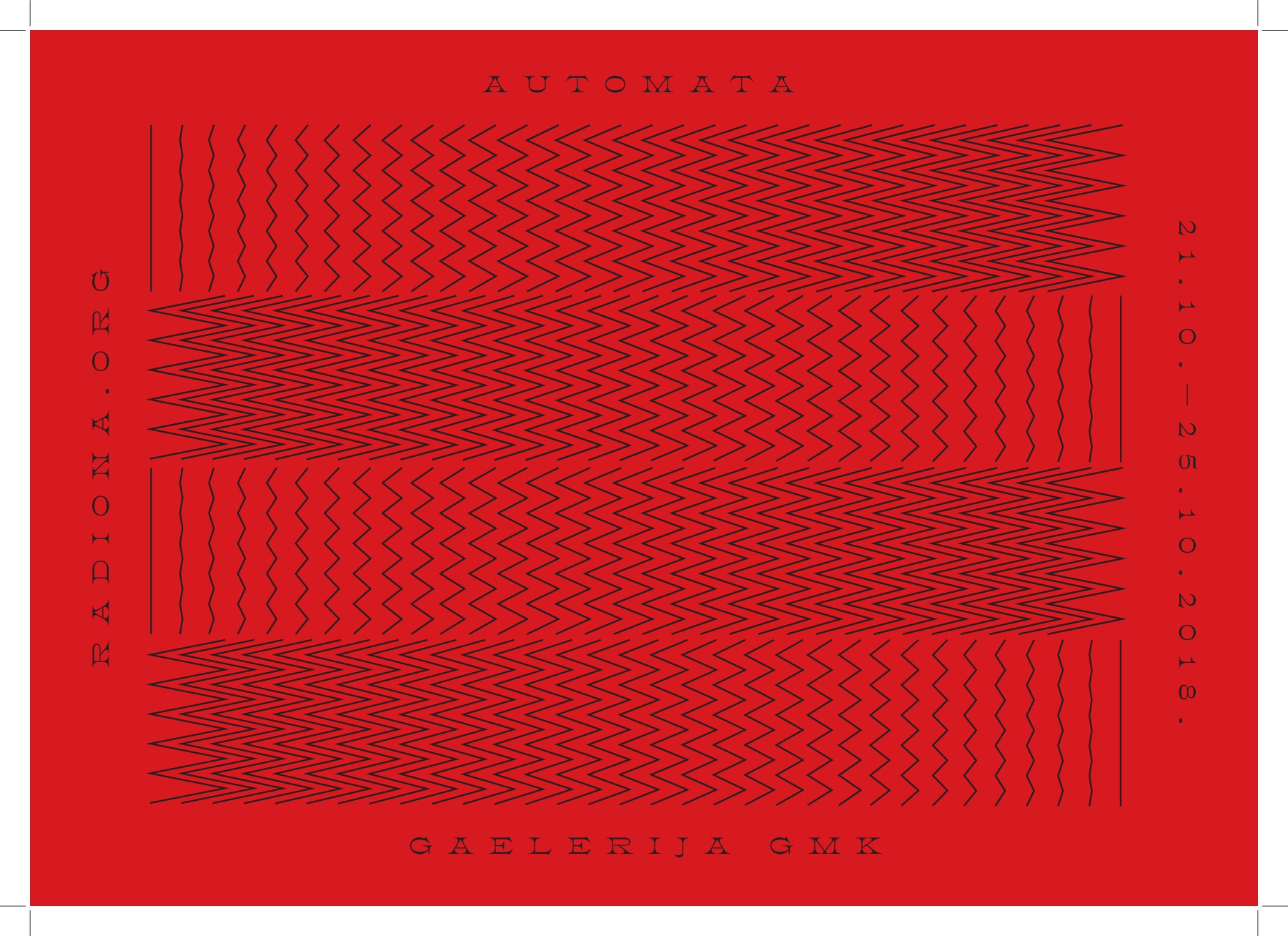 As part of the series “Imaginary Electronics – Coded Worlds”, Radiona.org continues its journey through electronic geographies, bringing the game of absurdity and the seriousness of automata theory to the GMK gallery on this occasion.

Two years after the Alan Turing exhibit – an “electronic alchemist” as part of the Re-Making / Re-Mixing History series, where the Turing Machine was exhibited, a theoretical device capable of executing any computer algorithm whose medium is an infinite strip – the ultimate automata instance, returns to the same concept through free interpretations of machines, mechanics and digital interfaces in the context of citizen science.

The automaton as a mathematical and finite model of infinite states executing a certain algorithm can be connected to almost all devices from our environment whose action is enrolled through state and transition. Therefore, the challenge of processing information and the mechanics of automata served as an inspiration to the Radionin collective to approach the creation of machines and digital interfaces that (anger) usefully turn into a co-play of the usefulness of the objects that surround us on a daily basis.

In dealing with the very name of a series of exhibitions, the authors question the ways in which an image that has already emerged is abstractly linked to the perception of an artifact, and how the author and the observer shape their imaginary object through various processes of “reading” works.

Automatics and the theory of automatons seem to the observer distant from electronics as extremely abstract concepts with a thin boundary line to philosophy, but what if we include elements of humor and everyday life in order to bring the abstractness of machine and cognitive processing algorithms to their own accord? Well, let’s go to the drones of useless machines to get the usefulness of them…