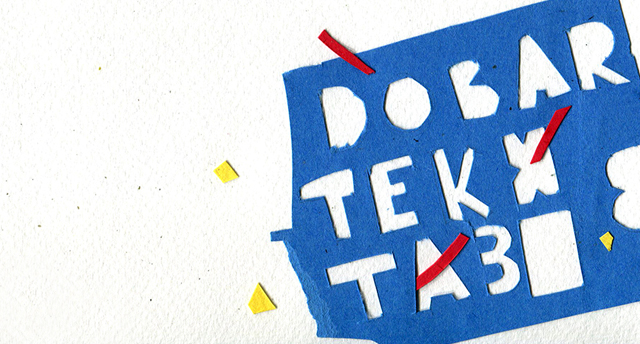 As a result of the careless activities and lack of the general system of waste disposal in the economic structure of the state, waste becomes part of marine life. It appears: floating on the surface of the sea and under the sea surface, at the bottom of the sea and on the beaches. It has a different origin, it is in different sizes, shapes, durability, etc. Without proper handling, it becomes a threat to marine life which can be seen in a series of ecological, economic, cultural and health indicators.
Jelena Perišić, designer of the visual communication made this concept as visualization and interpretation of the available data of the recent scientific researches on the subject of sea and ocean plastic pollution with the focus on microplastic waste. The base of the concept is the formation of the booklet in PDF which can be shared simply and can easily penetrate in different social groups to raise the awareness of this specific social situation. The booklet is a series of illustrations with two mini-narratives on the ways how plastic can get to our food. Through six scenes, we follow one specific object which finally ends up in the sea (in its micro-dimension) after which it became eaten by sea creatures and then (possibly) people.
Story no.1
The yellow plastic bottle of detergent, micro: plastic fragment: usage, inadequate disposal, fragmentation of product under specific environmental conditions, consumption by the sea creature
Story no 2
Synthetical fabric (red T-shirt), micro: synthetic fabric: usage, washing through sewage system from the washing machine, through water waste system enters the sea and is consumed by the sea creature
Apart from the high durability and flexibility of synthetical fibers, they leave less visible traces of being part of the sea environment. Washing machines and water waste systems due to their obvious technological lackings (during water filtration) enable almost undisturbed flow in the sea.
Author: Jelena Perišić
Coordinator: Tina Rajić
Partner: GMK