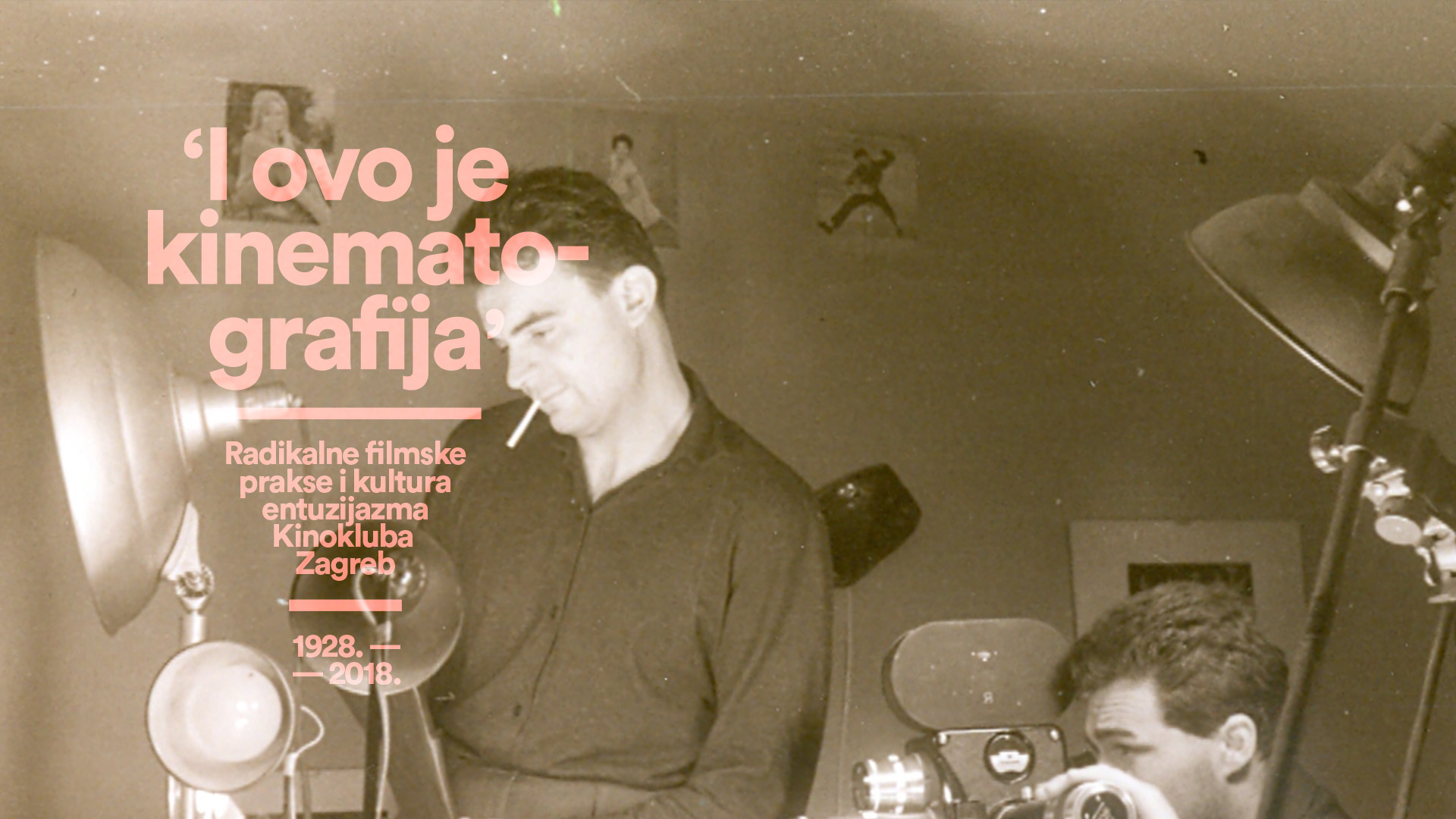 The very classification “amateur” has an apologetic ring. But that very word–from the Latin “amateur”–”lover” means one who does something for the love of the thing rather than for economic reasons or necessity. And this is the meaning from which the amateur filmmaker should take his clue. — Maya Deren, 1959.
Question of amateurism and enthusiasm in the contest of Cinema club (Kinoklub) Zagreb is followed by a rich and complicated history of interpersonal relationships, technological changes but also radical approaches to the art of filmmaking. It has survived in its nine decades several different economical and political regimes. From their beginnings in Fotoclub Zagreb formed during the Austrian Hungarian Monarchy, through the Kingdom of SHS and Yugoslavia till NDH, FNRJ, and SFRJ, Kinoklub Zagreb has its 90th anniversary welcomed as serious, organized and well established non-govermental organization. History of the Kinoklub is more or less history of his members, and their gestures had placed today’s participants in one specific position considering their material history. In other words, except for a few members, most of them aren’t aware of their material history, their heritage, and work.
Continuing the tradition of celebration of the anniversary, this exhibition represents one amateur reconstruction of common history and dialog with all of the authors in the past 90 years. That mission for the organisators from time to time seemed like bizarre temporal cadavre exquis. Every unwrapped layer of found material quite often resulted in the demystification of a completely new enigma. Through textual and visual dialog we have found creative, poetic and ideological similarities and differences which this year mark our 90 years.
Petra Belc and Working group of the 90th anniversary
We are greatly thankful to the Croatian movie association which has given part of its material for this exhibition.